Samsung’s new Galaxy S22 series devices are official, as the company has already begun selling them in China and South Korea. The device features a triple-camera setup, an infinity screen with no top or bottom bezel. However, consumers may have to wait for their phone contract to expire before they can get it at a reduced price (if they’re eligible). 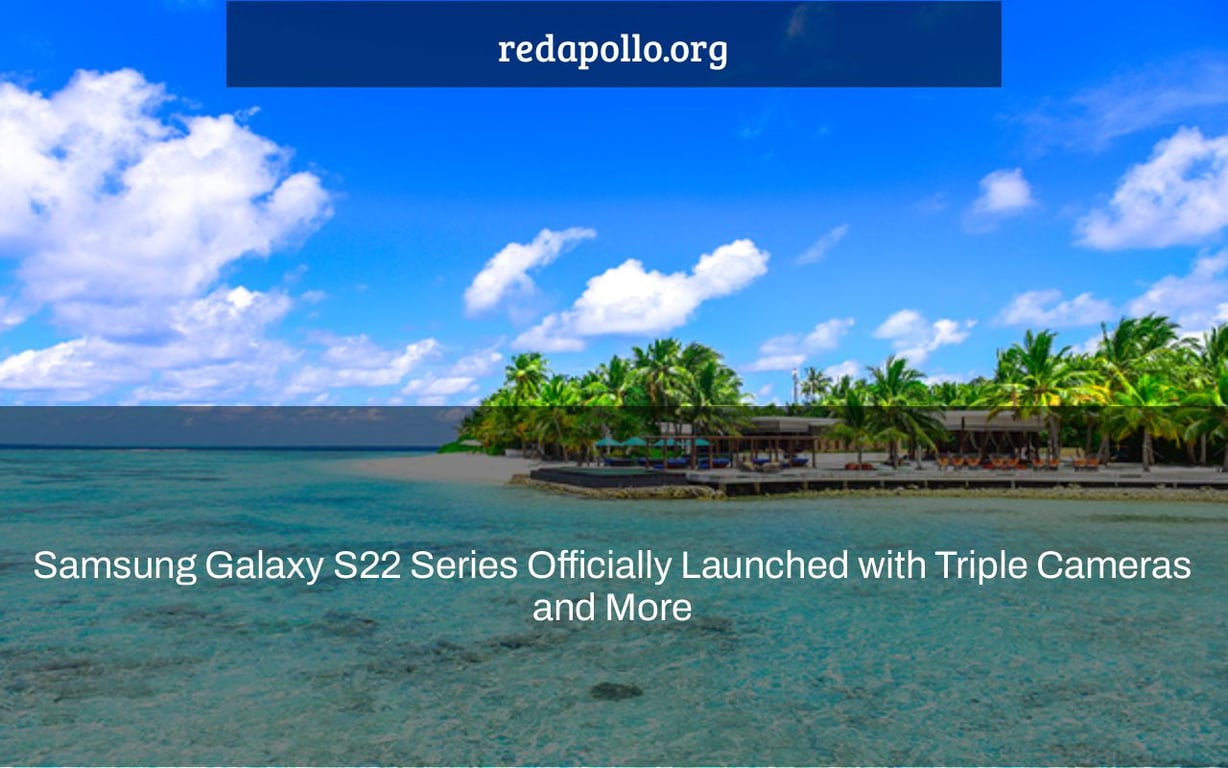 Samsung has officially launched the Galaxy S22 series for the United States, India, and China, which is powered by the Snapdragon 8 Gen 1 engine. The S22 Series will be available in the rest of the globe using Samsung’s proprietary Exynos 2200 processor.

Samsung has released Qualcomm-powered premium smartphones in China and India for the first time.

The Samsung Galaxy S22, Galaxy S22+, and Samsung Galaxy S22 Ultra are all part of the S22 Series. The standard S22 and the plus variants have identical looks, however the S22 Ultra this year has an S-Pen, since Samsung’s Note Series has been discontinued. With the introduction of “Nightography” for low-light images, Samsung has enhanced night photography on all of its S22 series cameras.

Specifications for the Samsung S22 and S22+

The Samsung Galaxy S22 and S22+ have a 6.1-inch and 6.6-inch Full-HD+ Dynamic AMOLED 2X display, respectively. The screens are protected by Gorilla Glass Victus+ and include a Samsung Eye Comfort Shield for blue light filtering as well as an adaptive 120Hz refresh rate. The devices support HDR 10+ and have peak brightness levels of 1500 and 1750 nits, respectively.

The S22 and S22+ have an octa-core 4nm Snapdragon 8 Gen 1 or Exynos 2200 processor inside. The processor is coupled with 8/12 GB of RAM, as well as up to 256 GB of internal storage. The S22 and S22+ smartphones have Dual Sim capabilities and are dust and water resistant to IP68 standards. They operate on the One UI 4.1 software, which is based on Android 12.

Advertisement. Continue reading by scrolling down.

Specifications for the Samsung S22 Ultra

The Ultra model has a maxed-out power package and a 6.8-inch display, which is bigger than the S22+ and S22. In further detail, the handset’s display is a QHD+ Dynamic AMOLED 2X screen with an Edge. The display has a 120Hz adaptive refresh rate, a peak brightness of 1750 nits, and Gorilla Glass Victus+ protection.

The Samsung Galaxy S22 Ultra has a design that is similar to the company’s prior Note series smartphones. The S22 Ultra is equipped with the S Pen, which uses Wacom technology to minimize latency. The corporation made this choice to fill the hole left by the Note series’ departure from the market. The gadget is powered by a 4nm Snapdragon 8 Gen 1 or Exynos 2200 processor with up to 12GB of RAM and 1TB of internal storage.

A 108-megapixel primary wide-angle sensor and a 12-megapixel ultra-wide-angle sensor make up the triple camera arrangement. With AI Super Resolution technology, the 10-megapixel telephoto sensor offers 10x optical zoom and an extra 10x digital zoom. The Samsung Galaxy S22 Ultra has a 40-megapixel sensor in the punch-hole on the front of the display.

The Samsung Galaxy S22 Ultra, like the other S22 siblings, runs on OneUI 14.0 based on Android 12 and is dust and water resistant to IP68. On its higher-end flagship, Samsung hasn’t spared any sensors, including an ultrasonic under-display fingerprint sensor. The S22 Ultra has a 5,000mAh battery with 45W wired fast charging and 15W wireless charging capabilities.

Price and Availability for the Samsung S22 Series

When did S22 ultra come out?

[3 Methods] How To Recover Clipboard History On Android