Wireless Internet is ubiquitous, and a variety of devices have followed its development. These include mobile phones, routers, laptops and more. The number of wireless network devices continues to grow exponentially with the advent of new technologies such as WiFi-accelerated 5G networks. 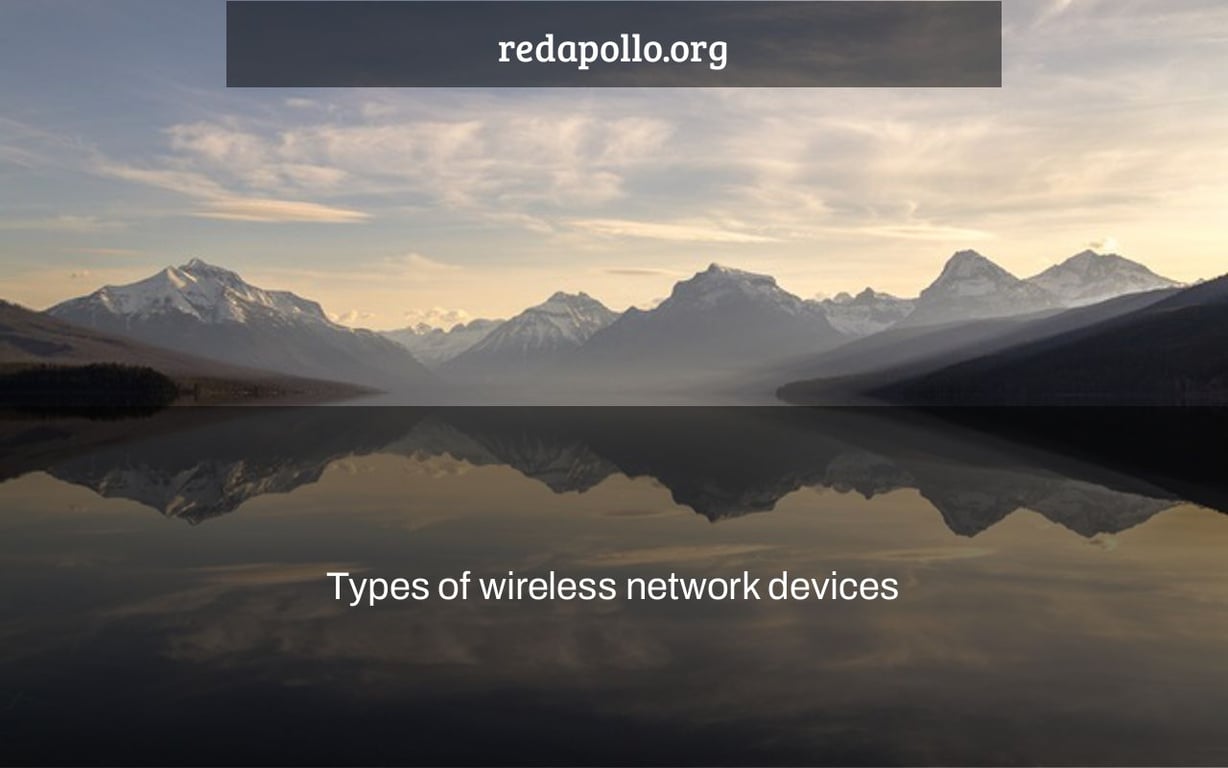 What is the difference between an access point, a router, and a hotspot, as well as wireless repeaters, adapters, and other network devices?

Not everyone understands the differences between different network devices or network computing phrases that are used in the house. In reality, many people confuse routers with modems, while others are unsure what an access point, Wi-Fi Mesh, or ad hoc network is. Knowing these phrases is essential in the IT world, as we will often see them in the network tutorials on this site or on any other technological site.

To dispel any uncertainties, we’ve put together a comprehensive introduction to the many kinds of wireless network equipment. just taking into account terms and gadgets that may be found easily at home or in a small business

Let’s start with the most perplexing question in home IT infrastructure: am I linked to a modem or a router? Is it still necessary to differentiate between the two sorts of gadgets?

The modem is a device that converts an electrical signal from a phone socket (or a light signal from FTTH fiber optic) into a digital signal with 1 and 0 values. Since a modem transmits and receives signals, the process is obviously reversed. There was formerly just the modem, and to access the Internet, the PC had to be linked to the single available socket behind it (usually Ethernet, but also USB sockets on very old ADSL modems).

READ ALSO: What is the difference between a modem and a router, and what are the various kinds

The router is a network device that assigns IP addresses to all connected devices and, in newer versions, also allows access over the Wi-Fi network. Other common router duties include NAT (which supervises the forwarding of packets to specified devices), the firewall, and the DNS server (which handles web page requests), all of which are necessary for the connection. As a result, the router enables you to multiply the devices that we typically link to the modem (which only supports one device), allowing you to connect any device that has an Ethernet socket or a Wi-Fi module.

In recent years, this difference has faded to the point that it no longer exists: all modems given by telecommunication companies contain router capabilities, eliminating the need to link a router to the modem as was done at the dawn of the Internet age. Because we now have both devices in one, it makes sense to talk solely of modems or at most router modems (a word that is seldom used).

Only in cascade connections can we still speak about a router while differentiating it from a modem: in this scenario, one device will always serve as a modem while the other will function as a router.

We may also read our tutorials on how to connect any modem to FTTH fiber and the best router for fiber if we want to learn more.

Do not mix up the terms “access point” and “wireless modem.” Although these two objects have certain similarities, they are conceptually distinct: a wireless modem is always an Access Point, but an Access Point does not have to be represented by a modem or a router.

An ad hoc wireless network is one that does not depend on a previously established network. The Latin phrase “ad hoc” refers to anything made for a certain reason, hence an ad hoc network might be a wireless link between computers made for a specific purpose, such as file sharing.

On the same subject, check out our instructions on how to create a WiFi hotspot on a Windows PC and how to connect two PCs through wifi to share internet or data.

In addition, a wireless repeater It’s also known as a Wi-Fi Extender or a range extender, and it’s a device that extends the range of an existing Wi-Fi network. In fact, it functions as a “extension,” extending the radio signal to places farther away from the modem or router that we use for our Wi-Fi connection. Wireless repeaters are now inexpensive, self-configuring simply connecting to a power outlet, and ensure that you may connect from any place in a big home or business.

Wi-Fi repeaters are beneficial in instances when the network signal is poor in certain regions of the home, since they enable you to boost the signal intensity, resulting in a better connection. In circumstances when there is a lot of interference from walls, metal, or other radio signals, a repeater may help. Most current wireless routers also include a “repeater” mode that allows you to turn your network into a repeater; this is an excellent way to put old, useless routers to good use.

We may also read our tutorial on how to amplify home Wi-Fi and expand wireless coverage for more information.

Most contemporary routers offer a “bridge” mode that you may use to expand your home’s wireless network using devices that don’t have a Wi-Fi network card and need wires. The network bridge is no longer used in today’s world.

A wireless network adapter is a device that enables a computer to connect to a wireless network. The adapter in issue might be an internal network card that goes inside the PC casing or a USB pen that plugs into a computer’s free USB port. Network cards are more convenient to use and set up than USB dongles since they provide stronger connections and faster speeds.

Read our tutorial on how to install wifi to a desktop PC for more information.

Wi-Fi Mesh is the most recent phrase we’ve come across, and it’s a Wi-Fi technology meant to provide strong Wi-Fi coverage for bigger houses or workplaces with numerous levels. This technology consists of two or more Mesh Wi-Fi routers that are strategically located across the area to be covered; after installing the satellites, we link the main Wi-Fi router (core) to the Ethernet cable modem to distribute network coverage to all other routers.

In reality, the Wi-Fi Mesh brings together the benefits of access points, wireless repeaters, and (in certain situations) routers. providing a substantially better Wi-Fi signal than previous identical devices

Read our tutorials on how the Wifi Mesh network works and Wi-Fi Extender versus WiFi Mesh: What Are the Differences to learn more about this amazing technology.

The aforementioned explanations and terms are adequate to completely comprehend wireless networks and choose which equipment to purchase or use if connection issues or poor coverage arise. If we have the funds, we should move directly to Wi-Fi Mesh, which is now the greatest wireless technology; if we don’t, we may utilize Wi-Fi repeaters or recycle existing modems or routers as network amplifiers.

Of course, there are several additional networking-related phrases, acronyms, and definitions that have been included in another lead article with the definitions of the important terms in the computer dictionary for Internet and Networks.

The “types of wifi routers” is a question that has been asked before. There are many types of wireless network devices, but the most common type is a wifi router.

How to connect a network disk to the FRITZ! Box